The FIFA World Cup Is Nearly Here, So Where’s All The Fanfare?

For starters, the 2022 competition will be the one of the few major sporting events set to go ahead on schedule since the pandemic began. It’s also the first time the World Cup has been held in winter; a must if the players are to perform in the blistering Qatar heat.

And then there’s the controversy. With stories of corruption and human rights abuse surrounding the event, all this is having a strong impact on the way fans feel about the tournament.

Using our Sports dataset, we take a closer look at World Cup fans: who are they, how do they shape up around the world, and what’s the general feeling among them ahead of kick-off?

To gain deeper insight into the competition, we’ve partnered up with COPA90. In May 2022, they reached out to fans, cultural experts, and Qatari locals to understand just how the first ever World Cup in the Gulf region will come together.

The majority of fans are excited about the tournament – but it’s a slim majority, with just 53% saying this.

The same can be said regarding the tournament’s location; 44% support the World Cup taking place in Qatar, but the same number have no opinion yet. Attitudes are a little more mixed here, but few are opposed – just 12% of consumers are.

Given the controversy surrounding the tournament, it makes sense that some fans will have reservations about the competition, especially its location.

But while brands are busy drafting campaigns right now, consumer interest in the World Cup typically kicks in a lot later – so there’s still plenty of time for things to change.

You can get a sense of this in action based on Google searches for the 2018 tournament, where interest only really took off a month before the tournament began. With search traffic for the 2022 FIFA World Cup relatively low at the moment, it could be because most people aren’t thinking about it just yet.

It’s also possible that consumers may well have their minds on other things.

There’s the cost-of-living crisis for one; the World Cup probably isn’t a priority to some consumers. Things like the price of travel, accommodation, or tickets will surely be big concerns for low-income fans, but even things like the price of streaming services used to watch the games have to be taken into account.

There’s also national leagues taking place in the meantime. Normally these finish prior to the competition, but it’s reasonable to suggest that fans are more focused on club football until the tournament officially begins.

In conversations COPA90 had with its community, there were concerns about sportswashing, alongside excitement about the prospect of watching their team compete on the biggest stage.

And while others denounced Qatar’s human rights record, this was often followed by feelings of anticipation and hope around their team’s prospects of finally winning the World Cup.

These examples demonstrate the complex feelings toward the tournament. There will undoubtedly be more emotions when you consider the various narratives around each of the competing nations, but it goes to show that feelings toward this year’s World Cup are more complicated than you might think.

2. Other sporting events had stronger support

By focusing on the US and UK markets specifically, we can see how World Cup excitement compares to previous large international sporting tournaments, using the 2020 Olympics and the 2022 Winter Olympics as benchmarks.

There are some caveats to this. For one, our 2022 World Cup research was fielded earlier than the other competitions. Excitement may not be fully kicking in yet because it’s still a few months away – as we saw with search traffic for the 2018 tournament.

Another is that the Olympics events came during Covid and may not be typical examples. Consumers could have been more excited about the distraction these competitions provided, or less enthusiastic depending on their levels of concern at the time.

For now, however, it’s important for marketers to know how consumers are feeling and where their emotions are likely to go. Brands still have plenty of time to build up anticipation after all.

World Cup fans share a lot of similarities with general football fans; they’re typically young males with a passion for sport. That gives brands a rough idea about the kind of campaigns that will land, but there are a few things worth addressing in the context of an international tournament.

For one, though males dwarf their female counterparts in this audience (66% vs 34%), the 2022 World Cup arrives shortly after a record-breaking Women’s EUROs. It’s possible that this interest could transfer to the men’s game nearer the time, and bring more female fans on board.

Football has changed a lot too – continuing to do so as it attracts new fans in new markets. This means older fans watch a very different game to the one they grew up with, and that could be part of the reason why they’re less likely to take an interest in the 2022 World Cup.

4. They’ll watch in different ways around the world

As it’s a worldwide competition, fans will be watching from all over the world and in very different ways.

Obviously, that’s down to different time zones. Brands and broadcasters have to think very differently about the timing of their campaigns, the kind of coverage they show, and the context of viewing locations.

For the most part, fans will be watching along at home – with 89% saying this. Accounting for the fact that this year’s tournament is taking place in the winter, colder temperatures could force more fans to choose the comfort of their living room over somewhere like a bar.

And there’s the wildcard factor of what might happen with Covid cases during the winter months. That might not be front of mind right now, but it’s worth keeping an eye on.

COPA90 notes that, for most generations of fans, this year’s tournament will create the biggest disruption to the football calendar in their lifetime – outside the pandemic of course.

“We believe the fact that this year’s tournament is being played in a new region and at a new time of year isn’t all bad. In fact, we think the change of schedule will present the global football community with a unique opportunity to reimagine and rewrite long-held World Cup and football-related traditions.” Roy Thomas, Strategy Director at COPA90.

This presents a wealth of interesting opportunities to the brands, broadcasters, and publishers covering the tournament. The global football community will all be experiencing a first-of-its-kind World Cup together – finding new ways to experience the sport’s biggest tournament.

In some cases, however, fans just have a different look and feel about them, particularly those outside of Europe who tend to be much more positive about the 2022 World Cup in general.

This makes a lot of sense if you’re a fan from somewhere like the UK, with this year’s World Cup meaning a break from tradition, and subsequent pause in national competitions.

COPA90 noted this among members of its community. Considering the importance of national competitions, and how much of a pull high-profile leagues across the world are, it’s unsurprising that some had concerns about its timing.

“Forgetting domestic football itself, the routine and ritual that surrounds the game was also cited as something that will face disruption and something fans would have preferred to avoid. What was evident from our conversations was how important routine and ritual were to the fabric of football fandom and how disruptive any major changes can be to that.” Roy Thomas, Strategy Director at COPA90

But it could be a benefit for some. Football fans in the Southern Hemisphere have seen the World Cup interrupt domestic leagues for decades. This year’s change in routine, however, is a lot more convenient, and explains why consumers in these markets are far more positive – especially in Brazil, where excitement is higher than anywhere else.

The way the sport is changing could also have an effect here. Football has always been popular in Europe, but as it expands into new territories, it picks up new cultural influences.

It’s a staunch reminder for brands and broadcasters to think about viewing context when it comes to the products advertised, and the way the action is presented.

5. There’s a progressive side to them

Just 15% of FIFA World Cup fans say their life would be the same with or without sport. It means a lot to them, and their passion as supporters is also part of their identity. It’s because of this that they tend to see the good that sports can achieve.

It’s why they’re significantly more likely than the average sports fan to agree that sport brings people together (IDX 1.36), that it’s culturally important (IDX 1.40), and that organizations should be inclusive (IDX 1.30). In fact, just 11% say sport divides more than it unites.

They’re highly political too, being 34% more likely than the average sports fan to be interested in politics or social issues.

Charities take note, because fans can make for a powerful, outspoken voice. The Super League saga will still be fresh in most people’s minds, but other causes like anti-racism have seen fans rally together and drive change.

With mixed feelings toward the 2022 World Cup, this couldn’t be more important.

Speaking with its community on the matter, COPA90 noted that fans called for coverage of the on-pitch action, fan scenes, and the surrounding color of the tournament. A majority of those surveyed also wanted to see attention and time dedicated to the socio-political issues associated with the host country.

This offers lots of practical advice for brands to listen to when drafting their messaging. Be supportive of causes, show inclusivity, and address inequality.

Aligning with players makes the most sense here. 78% of World Cup fans follow them on social media, and with athletes being increasingly vocal about the causes close to them, the third-biggest sporting competition in the world is the ideal platform for them to make an impact.

6. Fans are in it for the long haul

Some of you may be familiar with the opinion that football matches are too long. Real Madrid president, Florentino Pérez, is just one person to have said this – citing a disconnect between younger audiences and football as a symptom of lengthy match times.

But our data suggests this won’t be a problem for the 2022 World Cup.

More fans watch professional games than highlights, regardless of age or location. Each format serves a very different purpose; full-length matches keep fans in the moment, while highlights give them a chance to catch up. So the two can actually complement each other instead of compete.

That being said, in an international tournament, not everyone can watch live. Brands need to consider all formats if they’re to ensure they reach as many fans as possible.

While younger fans aren’t likely to turn off before the full time whistle, the use of short-form content could help keep them more engaged throughout the tournament.

Around 4 in 10 Gen Z and millennials want to see short-form highlights at the World Cup, with the 2020 Olympics showing just how well this kind of format can complement a global sporting event.

If we can be sure of one thing, it’s that this year’s event will look very different to past ones, so brands hoping to engage with fans will have to update their strategies. And our data on the World Cup audience, along with supporting insights from COPA90, should stand them in good stead as excitement continues to build. 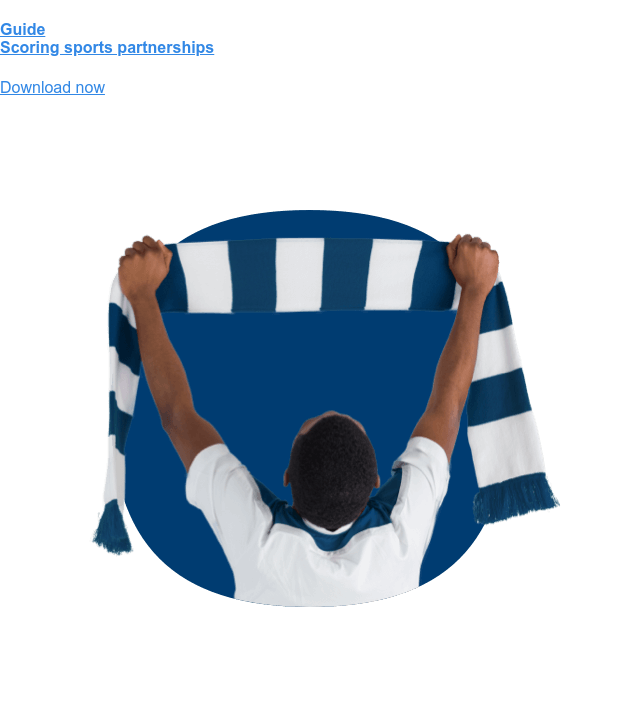 Impulse Purchase, & Shopping Trends You Can Wear On Your Sleeve

Impulse Purchase, & Shopping Trends You Can Wear On Your Sleeve

The Astonishing Growth of Artificial Intelligence Across Different Industries